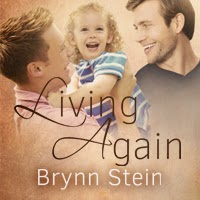 Hi all,
Thanks for visiting the next stop on my blog tour.
I wanted to talk about one of my lead characters, Jonah Thacker, from my newest book, Living Again. Jonah is a private nurse with a bit more medical training than most. He went through medical school to be a doctor, but before he could start his residency, his sister had a severely handicapped baby, and her husband left her to fend for herself. Jonah stepped up and tried to help raise the boy, only to have tragedy strike again when his sister died while the boy was still young. Now he’s raising Ethan by himself and needed a more flexible schedule than he could get as a resident.
His newest client is Daniel Larson, a single amputee who subsequently broke his one remaining leg. Since Daniel also has other injuries, he’s going to needed help getting around for a while.
The problem is, Daniel is gorgeous and Jonah is instantly attracted. He’s a professional, however, and he knows he cannot pursue a relationship with Daniel while he is his client.
Jonah is hired by Daniel’s Uncle Lawrence, with whom Jonah is originally impressed, until he actually met him.

Jonah was so glad Daniel had someone taking care of the financial and logistical side of things. When he had gotten the call from the agency and had gone to the hospital to meet his new client, he’d been shocked to find that Daniel had just been admitted about four hours before. Usually, clients or family called the agency closer to their exit from the hospital, not the entrance. As soon as Mr. Thompson had found out that his nephew had broken his one remaining leg, not to mention his arm and ribs, he had set right out to find help for him. He had told the agency that the provider should start right away and call him when Daniel woke up.
A couple of hours after Daniel had gotten the gauze removed from his eyes, his uncle showed up at the hospital, having been called by the nurses.
“Hello, Daniel,” the uncle had said.
“Uncle Lawrence,” Daniel had answered.
Jonah was shocked by the lack of affection in the men’s voices. From the way the uncle had taken charge of all the paperwork and hired private help, he would have guessed that the two men were close. But thinking back, it had been unusual for an uncle who was close to his nephew not to show up even once during the two days Daniel had been unconscious.
“Thanks for… all this.” Daniel gestured to include Jonah and the newly arrived power chair. “You didn’t have to do that.”
“We’re family, Daniel,” Lawrence answered. “I know we haven’t been close, but I couldn’t let you fend for yourself. The missing leg is bad enough—God alone knows how you take care of yourself each day—but now this?”
According to the look on Daniel’s face, this was probably more like Mr. Thompson’s usual attitude. The distance in their voices made a little more sense now.

I’m having fun with my blog tour so far, though I’m still kind of learning how to do all this.
I want to raffle off a signed paperback copy of the book, as well as an electronic copy to two different people. The way it will work is this: Comment below and follow the tour to the other stops. Comment there too. Your name will be entered one time for each different blog you comment on. At the end of August, I will announce the winners.
Blog Schedule:
Topic for blog tour stop 4: Spotlight on Ethan Thacker

Blurb of Living Again:
Daniel Larson has walled himself off from any possibility of romance since his lover died violently five years ago in Afghanistan. The same bomb that ended his partner’s life took the lower part of Daniel’s left leg. The only support Daniel has, his Uncle Lawrence, is dead-set against anything homosexual, including Daniel.

Now, a popular language teacher at the local university, Daniel's suffering from a car accident that broke his one good leg. His uncle, who is much better at throwing money at things than offering emotional support, provides a rented power chair and a private in-home nurse. Unbeknownst to his uncle, the nurse comes in the form of a man named Jonah Thacker.

Instantly attracted, Daniel and Jonah fight their mutual feelings in favor of professionalism. They become friends anyway, and Jonah shares his life with Daniel, including his handicapped son, Ethan. As Jonah and Daniel grow closer, Daniel becomes more involved in Jonah and his son’s lives, even being there for Ethan when his medical conditions worsen. But when Daniel’s uncle finds out the nurse he's hired is male, he uses all of his resources to keep Jonah and Daniel apart.

Buy Links:
Dreamspinner
Goodreads
(links to other sites from the Goodreads page are not yet active)

Brynn’s Bio:
Brynn Stein has always loved to write. Fan fiction, original fiction, whatever. While Brynn wrote in numerous genres—everything from mystery, to contemporary, to supernatural—she had always tended toward strong male characters. And then she discovered “slash,” male/male romance, and all those strong male characters were finally allowed to express their love for one another. It seems that there are always at least two characters clamoring to tell Brynn their story.

Brynn lives in Virginia with one of her two two-legged children, and two four-legged ones. Her supportive family encourages her writing and provides a sounding board for fledgling stories. When she isn’t writing, Brynn teaches children with special needs. In free time, when such a thing exists, she reads anything she can get her hands on, and haunts bookstores. She draws and paints, and enjoys the outdoors—especially if she can get to the beach—and is always thinking about her next story. 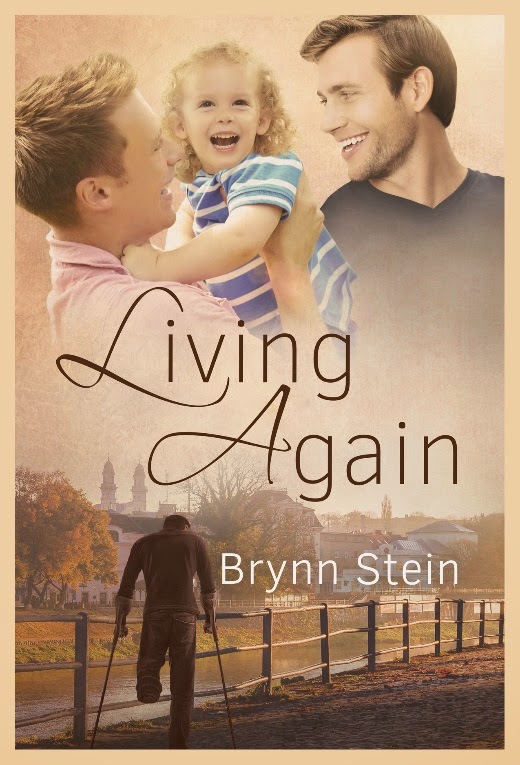 This blog contains thoughts directly from my brain. I simply plug my brain into the laptop or PC via the brainlink USB, and voilà! A blog appears.